Finally the incredibly light weight instant messaging application has been released for Nokia (Symbian.) Kik gave news of the private beta, available early this morning following the Nokia World conference. The Kik application looks amazing compared to the vast majority of the Ovi Store applications and runs smoothly on what looks to be any symbian^3 device or Symbian S60 v5.

Here are some Screenshots from the Private Beta: 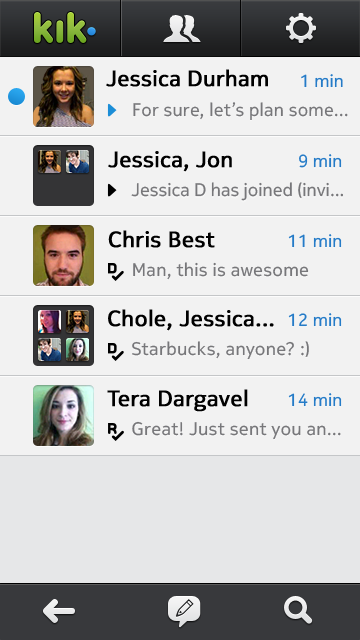 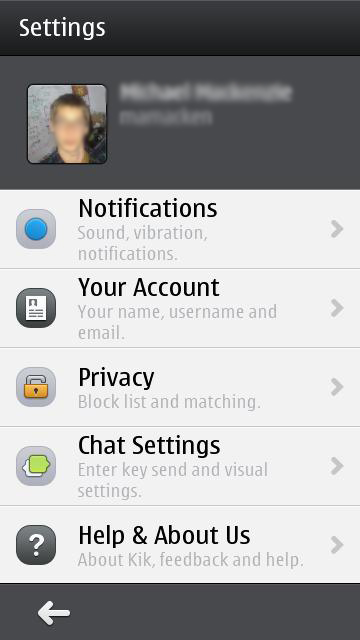 Kik has covered all their Nokia bases by also releasing an incredibly sexy new Windows Phone 7 OS version of their app, enabling users of Nokia’s new phone line (800 and 710) to Kik.

You can sign up to get the Symbian Kik public beta on the Kik website. This is a must have app for a Nokia N8 and 701!

We now effectively have BBM on Android. Not only that – but thanks to Kik Chat we can now chat with BBM like features between BlackBerry, Android and iPhone.iPod/iPad!


This sweet little app can be found in the Android Market as of last Friday. iPhone and blackberry users can pick it up on the App Store and App World.
Both the android iPhone versions are flawless!

With Kik (kik.com) you can see when another user has read your message – a feature that has become essential to any Blackberry messenger user. The beauty is, you have this feature no matter what platform you or the other party are running.

To anyone still using gchat, msn, or some all in one messenger to talk to their friends between mobile devices: you can finally give it up!