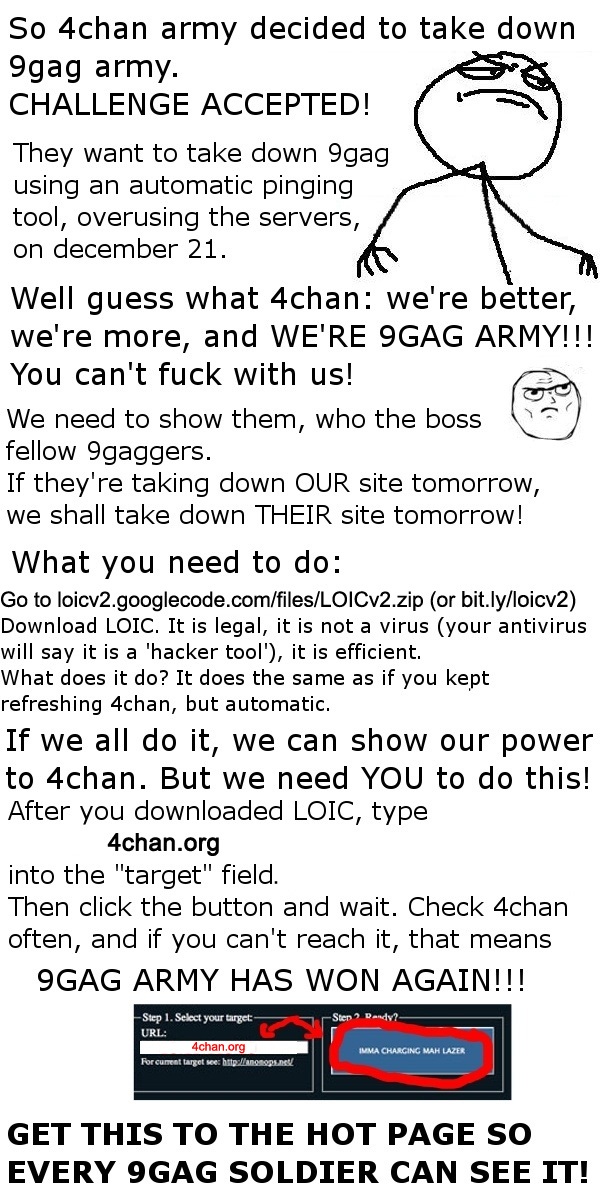 12:56PM EST
4chan was up and running from about 10:20PM last night to about 12:20PM today. Though the attacks were tweeted as being over 10 hours ago, it looks like they have recommenced as some requests are timing out or they complete only after a long delay.

The attack was previously reported as a UDP packet flood on port 80, but the status blog have just revised the method of attack to TCP SYN flood. Again, we don’t conclusively know who is behind the attacks but the most mentioned suspects are Lulzsec, Tumblr and 7chan.

On the 13th, a pastebin entry claimed that Lulzsec “was back” and took credit for taking down 4chan.org. We’re not sure if this is legitimately from Lulsec as the links to their website in the message footer are dead and there has been no activity on the twitter account. Also,most of the members of Lulzsec have been jailed for previous online plunders.

TUMBLR was in a big feud with 4chan last year centered around that each of the website’s members thought the other one was copying too much content from them. 4chan threatened to take down Tumblr (with a DoS attack) on November 15th 2011, this prompted a pre-emptive attack on 4chan on November 13th 2011. Both sides managed to deny service to the other’s website for at least a day. So many of the claims that Tumblr attacked 4chan this year are those that believe that the anniversary of the takedown is being observed by Tumblr or are simply basing it on bad reporting.

The last suspect, and least likely, is 7chan, a competing chan style message board site that hosts a fraction of 4chan’s user base. This site probably did not take down 4chan.org, it seems 4chan users just don’t really like 7chan and want to vent frustration from these attacks by DDoSing this site.

November 15 2011
8:02AM EST
Most of of the 4chan boards are now accessible but are prohibitively slow to load. 4chan.org is still under a DDos Attack “consisting of a UDP flood on port 80.”

12:45AM
4Chan is still fighting to stay up tonight as the distributed denial of service attack continues. The site is somewhat accessible some of the time for now, but admin are working to have it back up and running. Apparently, the status blog site is also under attack now, though it’s more resilient than the boards of 4chan.org .

We don’t know for certain who is behind the attacks but it looks like the most likely party is the Lulzsec hacking group. See below for more info.

November 14 2011
1:21PM EST
It looks like the imfamous hacking group, responsable for taking Visa offline and gaining access to Paypal records are the ones behind the DDoS attack that has brought 4chan down for almost 2 days. This on posted on pastebin below the usual Lulzsec header:

We are Lulz Security, and we’re back. Today, November 13 2011, is a big day for us. We successfully completed a DDoS attack on 4chan.org, one of the top 1000 most visited sites in the United States and the world!
This attack not only shows how strong the new Lulzsec is, but the capability we have. With a botnet that can take a site with so much bandwidth such as 4chan down, Lulzsec has so much potential for some epic lulz in the future. Stay tuned!

This of course may just be a hoax, the Lulzsec twitter account was not updated and the links on the pastebin entry led to a dead website.

11:04AM EST
4chan seems to be going up (but running very slowly) and down early today due again to a DDoS attack from a “fan.” Many people are blaming Tumblr as this was the 1 year anniversary that 4chan took down the Tumblr blogging service but that fued was mostly settled then. Others are pointing to hacktivist group lulzsec who declared war on 4chan.org and it’s users back in June of this year but this is unlikely aas many of their primary members were arrested in September.

There has been no new statements from the Administration since yesterday so right now all the finger pointing is just speculation.

12:41AM EST
It looks like the infamous anonymous image board 4chan is down today. 4chan.org has been down for at least the last 8 hours.

According to the site’s status blog and twitter, the outage is only temporary. 4chan has been taken down due to a major DDOS attack. Admin are working to restore it and they’re hoping to have it back up and running “soon.”

We don’t know who is behind this wave of attacks just yet but we’ll let you know as more information becomes available.

It looks like the popular quick silver screen (qss divx) site is down, giving a timeout error when accessed. The forum is a hotspot for the newest video links from 3rd party hosted services.

The downtime is most likely related in some way to the community’s discontent with the Quick Silver Screen administration. The origional administration, who had let site fall into a state of somewhat disrepair, sold the site to a new party who was looking to capitolize on the efforts of many upaid volunteers. The community was offended and started a new community at Daily Flix.

A few disgruntled contributors of the QSS divx community began to wreak hovoc on the boards, flooding it with multiple accounts that would post rude and outragious comments about the owners of the site, as well as threatning to “hack it.” It looks like they may have succeeded as Quick Silver Screen has been rendered un-connectable for two days. 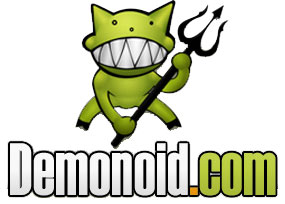