We’ve played with the following five touch screen keyboards and made a decision as to which is the best for the every day texter. This ranking is based solely on the speed and accuracy we were able to achieve using each of the four keyboards. The keyboards are sorted starting with the one we found to be the best. All keyboards were tested on the Nexus One. The most frustrating part of the Android keyboard .. despite using it for the last 6 months, I pick up an iPhone and can still bang things out faster and more accurately than on any of the Android keyboards we’ve tried – and I’ve owned an iPhone..

The Verdict: The fasted and most accurate in landscape mode is Smart Keyboard Pro. If you really want to keep things portrait, then put in the time to get good at Swype – it will give you the best results 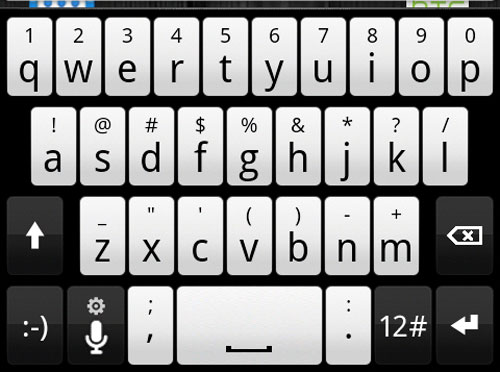