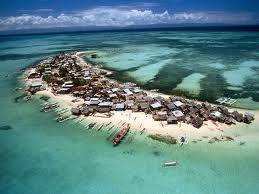 5 Things That You Definitely Want In Your Carry-On Luggage

Everyone knows traveling can be a hassle, especially the airport part. Dealing with check in, security, and most importantly luggage check in and claiming your luggage makes people aggravated and annoyed. Making matters worse, so many people have been the victim of lost luggage. You get to your destination and your luggage was somehow sent to another part of the country. How and why these things happen may not have an answer, but there is a way to completely avoid the panic of not having items that you need right away.

Now, most airlines have about the same guidelines as to the size your carry on bag should be. If a carry on is all you are planning to take, then you are going to have everything in it that you could possibly need on the trip. However, if you are taking extra luggage, you can plan ahead and put your most essential needs in your carry on, just in case your luggage gets lost.

An example? Under garments such as bras, panties, and camisoles are definitely required. Other clothing items such as t-shirts, shorts, sweatshirts, sweatpants, and jeans are all good precautions too. Another pair of shoes and a few pairs of socks will add the finishing touch.

Toothbrushes, hair accessories, makeup, feminine needs such as, tampons are a great idea as well. Also, medications and prescriptions that you need or take daily, for example Advil or Motrin are key items for your carry on.

Obviously you are going to want to have your money, credits, and personal information with you at all times. If you can, put your purse into your carry on. It will reduce the amount of things you have to carry and you know it will be in a secure place. Plus, if you need money, your ID, or a credit card, there is no chance of it getting lost with all of the other luggage.

Under this category falls your laptop, cell phone, Game Boy, or even a portable Vizio TV, and of course, the chargers for both of these items. These electronics will give you some entertainment on the plane ride or while you’re waiting.

The food they offer on the plane is expensive and the complimentary food isn’t always as filling as you would like it to be. Bringing your own snacks will be convenient and allow you to bring the snacks you want.

Listed above are just five of many different items you should include in your carry on. Again, if you are only bringing a carry on then you are all set and you do not have to worry about your luggage getting lost. If you plan on bringing more luggage you should definitely consider filling your carry on with the essentials.