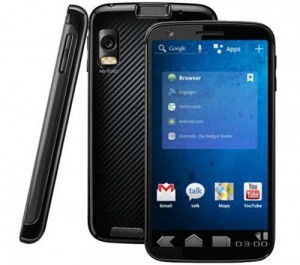 By now it is pretty well confirmed that the Nexus Prime (the next Android device to be co-designed by Google) will be manufactured by Samsung. I guess we can get used to saying the Samsung Nexus Prime now. For it’s previous devices, Google has gone with either HTC (G1 and Nexus 1) or Samsung (Nexus S, Nexus S 4G). Early on, there were rumors that the Nexus Prime would be build by LG, but that has been ruled out (at least for the moment) 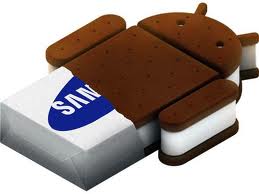 The Nexus Prime is said to be the first 720p Android device (720 by 1280 pixels). This HD Smartphone is going to pack a SuperAMOLED HD Display. We can probably assume a similar look and feel to the Super AMOLED Plus display’s found in the Samsung Galaxy S II, but with more than a 50% boost to the resolution (Galaxy S II is only 480 by 800). Currently HTC is running one of the highest resolution smartphone displays in their latest devices – the qHD Display stacking up at 960 by 540. Basically the screen on the Nexus Prime is going to blow anything we’ve got at present completely out of the water. Size will be 4.3 to 4.65 inches.

Android 4.0 – Ice Cream Sandwich – One of the most significant perks of the Nexus Prime is that it will be running the latest version of the Android OS – Ice Cream Sandwich, 4.0. Although we have heard this won’t be much more than a new skin on top of Gingerbread (along with bringing the tablet OS and phone OS under a single framework) there is one important difference in phones built for Ice Cream Sandwich – Ice Cream Sandwich phones have no physical buttons. We can safely assume that no physical buttons will have a pretty big impact on the overall user experience – we saw it in Honeycomb on tablets and it definitely changed thing up a bit. This is not to say that if you have a whine with hardware buttons that you won’t get an upgrade to Android 4.0 – It’s been all but confirmed that phones like the Nexus S will get the upgrade to the new OS.

Earlier this year we found out that the processor is going to be manufactured by Texas Instruments. They make some of the fastest cpu’s in the smartphone industry, with and excellent record for battery efficiency. When the rumors that TI would be building the Nexus Prime processor first came out – they were accompanied by some promising stats and persuasive copy that suggested these beastly processors would be excellent when it came to power consumption. Lets hope they were telling the truth. As most of us who have ever checked out our phones’ battery stats know the display is the real killer anyway. It looks like the processor will be the OMAP 4460 clocked in the 1.2GHz to 1.5GHz range. Since most of the high end smatphones (or superphones) today are already hitting the 1.2GHz dual core mark, it’s pretty safe to say that the Nexus Prime will be closer to 1.5GHz. There are also rumors that we will find the latest Qualcomm Snapdragon processor in the phone (Krait) but this seems less likely (for now).

This is a tough area to predict before the phone actually comes out – so we’re not going to get too specific. As we all know battery technology has had almost zero fundamental change in the past 10 or 15 years, so we’re not expecting anything dramatic from the nexus prime. That said, bigger has always been better in the batter world and with a 4.5 inch screen you can pack in a pretty large battery. Coupled with the fact that the Samsung AMOLED series of screens consume the least power of all the Android screens on the market today – we predict you can safely make it through a 16 to 20 hour day on one charge. When we saw the average smartphone battery size increase as phones jumped from 3.7 to 4.3 inches, we got a very welcome boost to average battery life. Based on the 4.5 (possibly even 4.65) inch screen on the Nexus Prime, plus the Sumer AMOLED HD Display, plus the rumors that TI has improved the power consumption of it’s processors – we are confident in saying that the Nexus Prime will have nearly the best battery life of any high end smart phone available today.

The rumors and leaks are pretty sparse in this area. We’re predicting a 5 or 8 megapixel camera with LED flash and the usual auto-focus. Most people are saying 5, but we are putting our bets on 8 at this time. We can probably expect the same type of images as we are getting from the Galaxy S II (which is also 8 megapixels)

We are predicting a release date of October 21 2011. This is based on a number of rumors and leaks – most of which explain an original plan (or Google’s) to have the phone out by Christmas, and then revamping that plan based on 2 things – being ahead of schedule and wanting to beat (or at least tie) Apple to the market on the release of their iPhone 5.

The Nexus Prime will probably have a Canadian release date a month or two later. Some analysts are calling for a March release in Canada but we will likely see it before as the incentive to have it available before Christmas is extremely large.